On October 28th, 2016, Huawei held a conference on R&D for the R&D of the â€œExpropriation, Grinding and Winning the Futureâ€. Ren Zhengfei delivered a heated speech at the meeting, â€œThe Prophet of the Spring River Plumbing Duck, Not Breaking the Loulan Oathâ€ Drums sent 2,000 R&D officers to overseas.

But soon there were many people inside who worried that the 2,000 expeditions would become cannon fodder, and the discussion in the community was extremely enthusiastic.

Ren Zhengfei responded to this suspicion and worry at the contract scene seminar on November 21, 2016. He said: 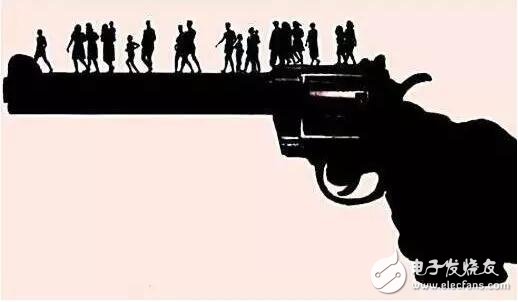 What is the contract scene master?

Asked about the mother, actually could not find the word. It should be Huawei's first initiative.

In Ren Zhengfei's view, the contract scener is very important and a very high position, equivalent to the chief of staff of the army. The contract scener is like a dictionary. Everything is in my heart. When I open it, I know how to fight and how much to use. But it is only the chief of staff, does not directly direct the battle, and is not entirely responsible for the outcome of the battle.

The following is the content of the president's mail body:

The contract scener is a very senior position. The commander of war is very important, the political commissar is very important, and the chief of staff is also very important. After the chief of staff made all the things, let the commander make a decision and make up his mind. The contract scene master is the chief of staff. The basis for the captain's decision is that the contract scener has clarified all the problems according to the real situation. These problems cannot be just technology, the real needs and trading conditions of the customers, the political geography and commercial law environment of the country, and reasonable solutions. considering. Fighting should also try to figure out the psychology of the other commander, so it is not only to identify the terrain, the terrain, the network, the structure, but also to surpass them. If you can't do it now, then you should first make sure that you can do it first, and read more about local history, geography, sociology, and philosophy. Therefore, the contract scene master is the chief of staff of the army, the commander can be transferred, and the political commissar can also transfer. We do not want the work of the contract scene teacher to be mobilized. I hope he can fight in a familiar place. Contract Scenarios are more suitable for local employees and can reduce liquidity.

Second, the contract scene is a road that everyone can work hard to struggle. This is a comprehensive and complicated work.

There is a contract scene in China. He is Liu Yalou of the Northeast Field Army. Because Lin Biao took over the northeast, he took 100,000 peasant soldiers to the northeast, and some even did not bring a gun. He thought that when he got there, he could go to war. As a result, it was not suitable for the northeast, and the clothes were not worn. In the summer, I was wearing a cotton coat, tearing off my sleeves, and wearing cotton shorts after cutting off the pants. That kind of situation! But what should Lin Biao do to win? It depends on the Soviet Red Army, but also to use modern methods to fight. He sent the Red Army to the Soviet Union to study. Liu Yalou, who came back from the Northeast with the Soviet Red Army, was directly appointed as the chief of staff of the Northeast Field Army. Liu Yalou entered the Northeast with the Soviet Red Army. A Soviet lieutenant colonel, this is the big contract scene teacher. One is to contact the Soviet Union, and the other is to graduate from the military school to understand modern warfare. Therefore, when playing Jinzhou, it concentrated on a thousand guns and directly played Jinzhou. Isn't this a contract scener? Lin Biao is a decision maker, but Lin Biao does not necessarily know how to fight the gun. Lin Biao knows that this gun is powerful, but Lin Biao does not know how to make a gun, how to attack?

A site is not planned correctly, a contract is incorrect, and the economic losses are huge, so don't care to add more money to a qualified contract scenario. Our company wastes billions of dollars every year due to incorrect contracts. Improving the effectiveness of contracts is very important to us. If you go to collect money from others, you donâ€™t know about the execution of the contract and the contract, and you canâ€™t receive it. Don't think that the contract scene master only has this dead end going to the end, can explain the logic in it, and which post can be used in the future. If you don't work as a contract scene in the future, you can also go to the agency to work, and the organization needs people who understand the affairs.

Third, the main responsibility of the contract scene teacher is to first understand the deterministic work, establish a correct high-quality contract, and gradually transition to uncertainty work through learning and practice.

The main responsibility of the contract scenario teacher is to first understand the deterministic work and establish the correct high quality contract. If you have the ability to analyze uncertainty, it is called a leader. From uncertainty to certainty, from the contract scene to the leader without a wall, it depends on how you understand yourself, how do you feel about yourself, and then you find a certain law. So read more, for example, the Middle East, you are not familiar with the history of the Middle East, then how do you know the fission in the Middle East?

The contract scenario is not only a network topology, but also social, political, customer, financial, and world financial changes. The first batch of contract scenes we sent out may not be able to complete the turn, I can't guarantee that everyone can be a general. The Huada High School class has had a debate. Is the 2000 heroes on the front line, is it cannon fodder or shells? There are 90,000 people in the company who are following the debate. Is it gunpowder or shells? Some people must be cannon fodder, some are cannonballs, not everyone is gray.

The contract scenario master must first understand the business scenario, trading conditions, partner needs, politics and society... and also learn remote sensing telemetry, and use advanced tools to draw network topology maps. In the future, the head of the contract scene is a multi-layered geographical perspective. The local folk customs, folk customs, rivers, lakes, etc. are all in your head, so the contract you made may be close to reality. Your chief of staff gave a good idea to the commander, and the commander will give you an upgrade salary.

Our company has a lot of staff, financial staff, product solutions staff, but this is not a contract scene, this is an expert. Knowing a little is an expert, and knowing a lot is the chief of staff. The chief of staff must first have more power than more power. Power depends on you to catch it. If you speak the truth, you will get the meeting to discuss. If you adopt your suggestion, you will have the right. If you have the ability, you will have power.

In our minds, the contract scener is everything in my heart, just like a dictionary, knowing what the cost of this network is. Now all the attachments of the entire contract are passed to the supply chain, and there is a lot of information returned by the site. In the future, according to the network situation, a variety of typical site configuration models should be sorted out, and the determined configuration model code should be transmitted to the supply chain according to the engineering revision, and then the supply chain decodes the code, so that only one symbol is transmitted. The supply chain knows what you are returning, and the speed is fast. Therefore, the contract scene master should distinguish between several models in your country. For example, if you put it upstairs, it will be shorter. If you put it on the river, it will grow a little longer. When you put it on the mountain, it will be heavier. According to different models, cables and wires, etc. In fact, they are all standard. If you send this symbol back, the production will be sent out with the standard.

The contract scenarior is not fully responsible for the growth task, and the main responsibility of the contract scenario division is to help make the right contract. Growth is the responsibility of the representative. The economy of this country is not good and the growth is not moving. We will transfer some people away and reduce the investment of this country. We can transfer people to the strategic reserve team to reduce the consumption of personnel.

It is great to achieve both the goal of making money and satisfying the needs of the customer. However, if it is not possible to achieve it at the same time, there will be problems. It is difficult to balance these two aspects. It is necessary to master this degree. Mastering this degree is your leader. It is for this reason why power is going to the representative office. Therefore, we must let people who are close to the gunfire to make decisions, that is, specific analysis of specific matters.

V. Contract Scenarios Adapted to the growth of Huawei's professional sales in the field of sales, in the face of the need to conduct in-depth analysis and insight into specific sales scenarios.

In the face of the future, there are a lot of uncertainties. In the uncertain scene, there must be a response plan. The contract scenario division came into being under such circumstances, and it conformed to the situation of Huawei's ability to grow in sales.

Sales require in-depth analysis and insight into many specific scenarios. There are so many professional skills in the sales field, so where do you start? The company emphasizes two aspects: on the one hand, the improvement of contract quality. The improvement of the quality of the contract is not based on the way the cadres shoot their chests and shoot their heads, but there are many scenes. The contract scener can play a very important role. On the other hand, in the process of execution after the contract is signed, how to The specific scene is improved. To improve the quality of our contracts and the quality of delivery, the contract scenario master can play a role in these two aspects first. I hope that our contract planners have the ability to assume the glorious responsibility of Huawei in these sales professional fields. The scenarior can imagine what the future trend is from a large perspective. Only weight can grow, only the weight can really play a role, and there is a position in the company. The contract scene teacher is a new thing. Let's discuss it together. The focus of the seminar is to act as a scene teacher. To see what is most important in the eyes of the general public? How can you become Liu Yalou and become the chief of staff of the commanders!