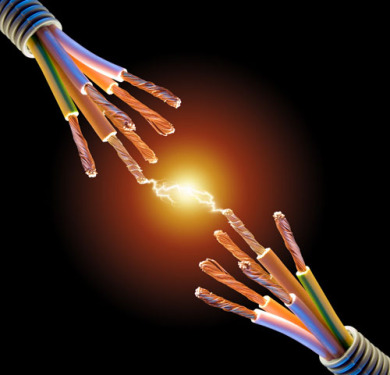 In 2012, Chinaâ€™s wire and cable industry was just an embarrassment. Due to the slowdown in GDP growth, the global financial crisis, and the adjustment of domestic economic structure, the domestic cable companiesâ€™ general operating rate was insufficient and excess capacity was generated. Industry worries about closures. With the advent of 2013, China's wire and cable industry will usher in new business opportunities and markets.

Divided by the country, Prysmian Corporation of Italy ranks first in the world with an annual turnover of more than 5 billion Euros, while Nexen of France ranks second behind the turnover of Prysmian. . U.S. General Cable Corporation ranked third with annual turnover of more than 3.4 billion euros. Japanâ€™s Sumitomo Electric and Furukawa Electricâ€™s cable business turnover also exceeded 2.5 billion euros, which is far from the sales of Chinese cable companies.

The reason why this situation arises is that Chinaâ€™s wire and cable industryâ€™s manufacturing scale has been increased at an alarming rate. Technology and product upgrades have fallen far behind the pace of the market. This has caused serious duplication in the industry, resulting in production capacity. Problems such as excess, insufficient effective supply, prominent structural contradictions, low input and output, and weak technological innovation. The wire and cable industry is a system industry, from the smelting of industrial raw materials, through product design, trial production, to finished product batch production, testing, use and integration, and even to the recovery and recycling of products, is an extremely complicated process. . In order to seize the times of the times, blind expansion and extensive development, despite being able to obtain economic benefits in a short period of time, it is difficult to form a scale and form a brand.

However, affected by the economic situation at home and abroad, Chinaâ€™s industry is currently faced with four major problems: the developed countries are returning to high-end manufacturing, which has increased the competitive pressure on Chinaâ€™s products; other developing countries have lower labor costs and production factor costs. China competes for low-end manufacturing; China's labor costs and other factors of production costs continue to rise, corporate profits are compressed; China is subject to people in the core technology, lack of scientific and technological innovation capabilities.

China's wire and cable industry is closely related to the entire Chinese industry. It is also facing some problems in its development. On the one hand, it is constantly upgrading its product requirements and is gradually shifting from the low end to the high end. On the other hand, the market environment is more complex, from the satisfaction of domestic demand to the transition to international competition. Therefore, through the industrial transformation and upgrading, to improve the quality as the core link, and extended to the brand, market and technological innovation, has become the current key to enhance industrial competitiveness and realize the industry from a big change.

It can be seen that technology and technological innovation are fundamental to the inventory and development of wire and cable enterprises. Only by possessing strong technological innovation and product innovation capabilities and having independent intellectual property rights can the company's core competitiveness be further enhanced. The technical level of China's wire and cable industry is generally low, mainly in the production of low efficiency, low degree of automation, high energy consumption, incomplete online detection, poor reliability, serious excess, poor quality, industry development and safety is threatened, The lack of after-sales service, especially the industry technology innovation system has not yet formed, and the independent design and development capability is poor. It basically stays at the low level of surveying and mapping and imitation, and has not fully grasped the design technology of wire and cable products, and has not formed wire and cable products. The combined development mechanism of materials, processes, and equipment makes it difficult to meet industry development needs.

It is reported that at present, China's wire and cable industry, the average investment in R & D funds less than 1% of sales, domestic cable companies more than 90% of production capacity concentrated in low-end products. With the increasing demand for technological innovation, technological innovation, and material innovation, some domestic wire and cable companies have also increased investment in innovation. In August 2012, Jiaxing Duojiao Wire & Cable Co., Ltd.'s â€œEnamelized green fire-resistant cable projectâ€ won the National Innovation Fund project and received a 700,000 yuan special fund for science and technology, which is also the only national innovation fund project in this field in China. project.

In a sense, the R&D of the â€œEnamelized green fire-resistant cable projectâ€ is not the birth of a simple new material, but set a benchmark in the industry. In 2013, China's wire and cable companies must implement the enhancement of independent innovation capabilities as a corporate development strategy in all aspects of their production and operations, and strengthen technological innovation to acquire more independent intellectual property rights in key areas, at the forefront of science and strategy. The technology field has a place.

In the same way, the government should also take this as its goal, increase the intensity of vocational education, increase subsidies for wire and cable SME guarantees, and introduce policies for the introduction of high-end talent, market development, R&D centers, and procurement of local products to assist China. The sustainable development of wire and cable industry.

Previous: Jufei Optoelectronics released the 2012 profit distribution plan to be 10 to 6 to send 1.5 yuan

Next: Apple sells 128G version of the fourth generation of iPad since February 5th