On July 9, 2010, at 3:30 pm, Shi Lanwei, Secretary of the Board of Directors and Chief Financial Officer of Chen Shi participated in the "Slan Micro Executive Meeting" organized by Industrial Securities.

Our main views on Silan Micro are as follows:

(1) The company has three major categories of semiconductor design, semiconductor manufacturing and LED chip, with power and power drive, mixed signal and RF, digital audio and video, micro control chip (MCU), security monitoring chip, discrete devices and LED devices. 7 product lines. We believe that the company's three major categories of products will grow rapidly in the next two or three years. Reason 1: The global semiconductor boom cycle is expected to lengthen, and the global low-end semiconductor industry is accelerating to the mainland. (Reference depth report "China's semiconductor industry ushers in strategic opportunities Period 2); Reason 2: The company purchases equipment at low interest rate and expands its production capacity in the future; Reason 3: The company has IC design capability, and the combination of design and manufacturing is the core competitive advantage of the company; Reason 4: The company is the only semiconductor in China. The listed companies that have expanded into the LED field have great potential in the LED field.

(2) In terms of semiconductor design, the company has SOC platform and BiCMOS and BCD platforms. SOC design products are mainly produced in the foundry, BiCMOS, BCD products are all produced by themselves, take the IDM route. The company's strength lies in its ability to combine design and manufacturing, to protect its intellectual property, and to continue to innovate. We believe that the company is currently in the early stages of new products, and will soon see benefits.

(3) In terms of semiconductor manufacturing, the company currently has a total production capacity of 105,000 pieces per month, with a monthly output of 100,000 pieces, which is basically full. This year, the company bought a second-hand 6-inch line. It is expected to expand its production capacity by 20,000 units this year and expand it by 30,000 units in 2011. We believe that the company will become the world's largest low-end semiconductor manufacturing company in the future, and its scale advantage will become increasingly obvious.

(4) In terms of LED devices, the company currently has 8 MOCVDs, with an epitaxial wafer production capacity of 150,000 wafers/year and a chip production capacity of 6 billion wafers/year. The current capacity utilization rate is very high. The company has ordered six MOCVDs from Aixtron and is expected to arrive in batches in early 2011. The company mainly produces blue-green light chips, which have good brand awareness and are mainly used in outdoor color screens. The company has established a joint venture company, Mekkale, to enter the packaging field. Another reason we have been optimistic about the Silan micro LED business is that the company has entered the LED field from the semiconductor field, with long-term accumulation of technology and technology, and has a unique competitive advantage.

Features & Advantages:The Mobile Led Screen can be fixed on a variety of trucks for easy movement;Used for live broadcast, live meeting, banquet, party, shows,advertising, etc, display the content what you want;A high gray scale of 16-bit ensures the rich color and commendably solve the problem of the mosaic, have the excellent consistency of light;It plays by video, graphics, animation etc, connect with PC computer or network, also can remote control with asynchronous system;It contains a minimum brightness of 5500nits or higher(adjusted), ensure that the clarity of the picture and convey the content completely even under direct sunlight;Big viewing angle to 140 degree at horizontal as well as 140 degree at vertical to guarantee that viewers can see clear view at every angle and there is no picture blear;The ingress protection of the front is Ingress Protection Level of 65/54 (front/rear), which meets the standard of Outdoor Led Display. Waterproof and dust-proof are basic function of outdoor LED displays, the level of IP65 promise that the screen is completely anti-dust and protect water shooting from any range. Anti-corrosion, Anti-rust;Good Shock Resistance for Moving;We accept customization, Cabinet and panel size can be customized according different projects. 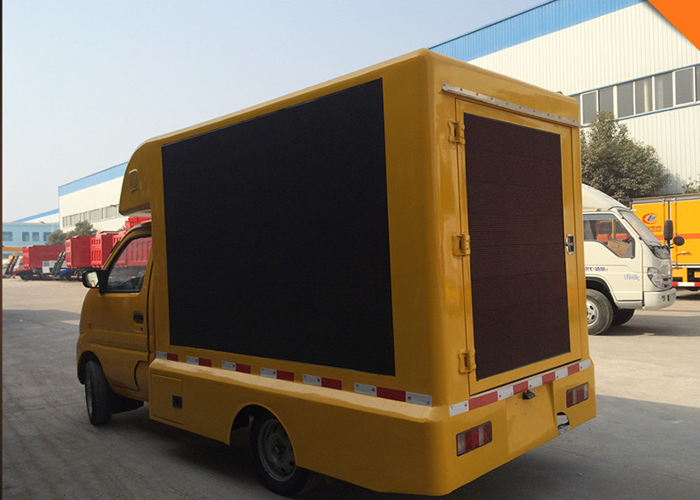 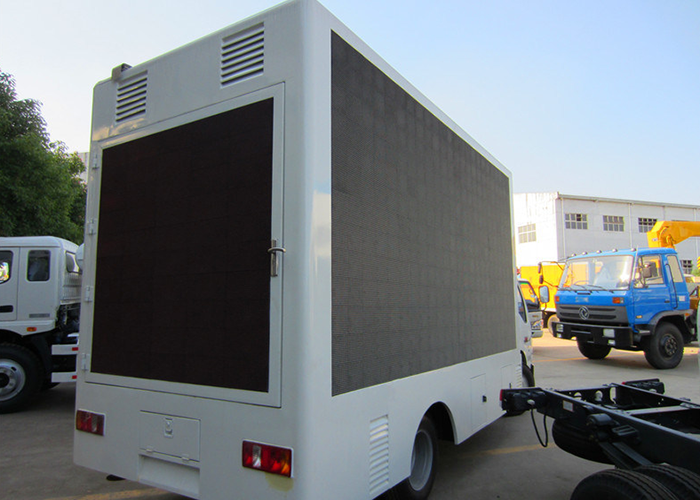