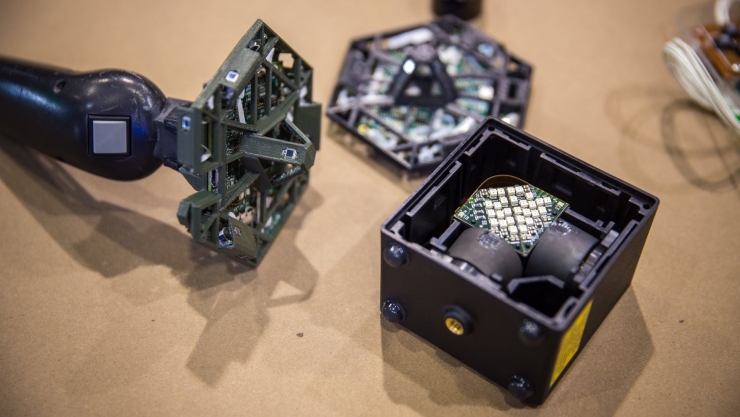 Finally, the other boots of the VR world fell: VR giant Valve announced that the Lighthouse indoor positioning technology used by HTC Vive is open to hardware manufacturers . All developers who want to use Lighthouse's indoor positioning technology for hardware development only need to pay $2,850 for a previous training course at Valve, and they can design and develop hardware devices that are compatible with Lighthouse positioning. However, Lighthouse's base stations still cannot be designed and manufactured by themselves.

Currently Lighthouse is the lowest-cost, best-in-class solution for the VR industry and even for all indoor positioning products. Valve, as early as the announcement of this technology, said that it will open Lighthouse positioning technology in the future. However, Valve chose to announce this decision at this time. It is difficult to feel that they are not intentional - this is exactly the time when several domestic VR head-mounted manufacturers like the Lighthouse system came out to release products.

As for how Lighthouse's positioning works, I have already explained it in detail in the previous articles. The readers of the basics of organic electrotechnical engineering will not have much difficulty in understanding. However, at the time of Lighthouse's technology opening, there are still some issues that need to be explained. To understand Valve's pioneering VR technology in the VR outbreak of a series of actions over the past few years, we must first ask: What kind of company is Valve?

| Valve exactly what kind of company?

Valve is a gaming company founded by former Microsoft employees Gabe Newell and Mike Harrington in 1996. Their games are well-known in the game industry and can be said to be classics: "Half-Life" series, "Counter-Strike" series, "Porter" series, "Dota2" are all well-known games in the industry. It can even be said that they are more affordable than Blizzard "Valve produced, it must be fine." Even Valve's reputation in the jumping industry is not much better than that of Blizzard. Even a special noun is called "Valve Time". For many years, "Half-Life 3" is also a gamer's resentment for a long time... 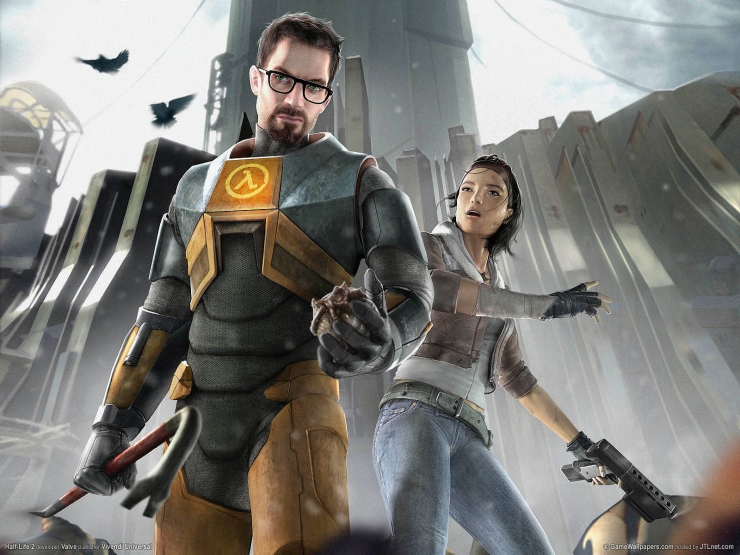 If Valve is just a pure game development company, it definitely won't have such great influence in the game industry and VR industry. The real value of Valve lies in Valve's game distribution platform, Steam. This platform was originally just a platform that Valve used to update and maintain its own games. For many years, it has become a de facto standard for PC game distribution. It can be said that this platform is the App Store of the PC game industry - almost all players and all developers want to buy/sell games on the PC. The first choice is Steam. Valve, on the other hand, earned a lot of money by dividing it with developers.

Valve is still a privatized company and is not listed.

According to statistics, Valve's revenue exceeded $1 billion in 2015, but note that Valve is a pure software company and they have only 300 employees. CEO Gabe Newell once said that Valveâ€™s average employeeâ€™s income is much higher than those of industryâ€™s top tech companies such as Google/Facebook. This is a fact. If Valve is a listed company, according to the average price-earnings ratio of technology companies 50 times, its market value will exceed 50 billion US dollars , which is already higher than many old technology companies, and even higher than Sony.

All this has created Valve's completely unique style in the West Coast Technology Corporation of the United States: no other company has such a small scale but has such a profitable way of earning money.

It can be said that lying down to collect money.

Valve embraces an extremely elitist corporate culture: they are a very small number of technology companies that have thoroughly implemented decentralized and destructured technologies. There is no hierarchical structure for the entire company. Besides CEO Gabe Newell, all other employees have no title; employees can freely organize teams to develop all interested projects within the company. The employees can exert their greatest creativity and can be said to be very utopian. 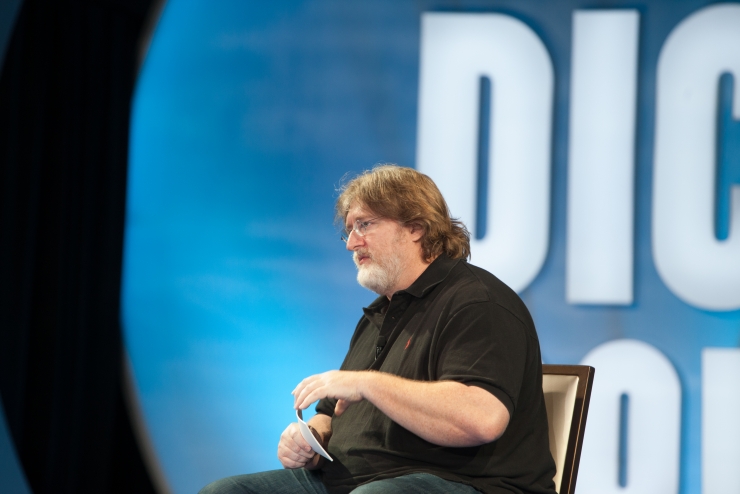 With such a corporate structure and profitable profit model, the technical genius in Valve can make a truly talented project. This is also the source of Vive Headset and Lighthouse positioning technology. Michael Abrash, the current Oculus chief scientist, had previously worked at Valve and proposed many current VR industry consensus and standards. The new generation of OpenGL graphics library VulkanAPI also has many Valve contributions. In recent years, Valve has been attacking everywhere. SteamOS, Steam Machine, and SteamVR are all their projects.

From Steam's point of view, Valve is occupying the high ground that everyone wants to occupy in the PC game industry:

This is Valve's unique advantage and the basis of his series of strategies. 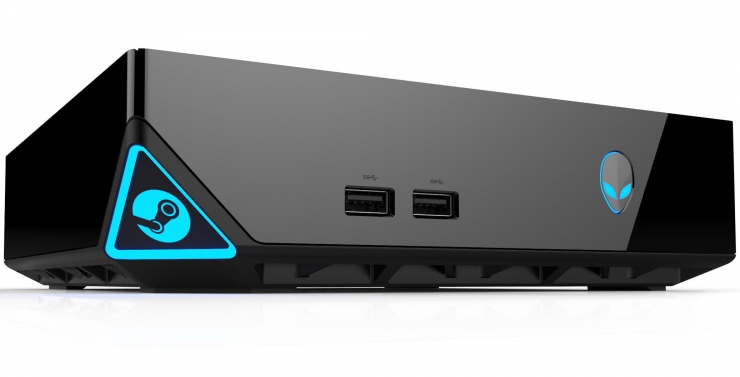 | Why Valve selection and HTC cooperate?


The small and elitist organizational structure can develop powerful technologies, but there is no way to forcefully promote and commercialize them, especially in the hardware field. This involves a lot of complex manufacturing and commercial promotion.

You can count how many items Valve currently has: Steam platform maintenance; Dota2 maintenance and competitive business operations; SteamOS; Steam Machine;SteamVR; (possible) new game development, all of which must be 300 people to assume, for other companies The scale may need to expand 10 times before it can be done.

After visiting the Valve in 2013, Oculus stated that Valve's technical lead was more than one year (â€œyears aheadâ€), after which the CV1 specification was determined.

So it's no surprise that Valve and HTC are working together. They own the technology, but they need a vendor to make it a product. Just as HTC first contacted Valve, HTC Vive was born. 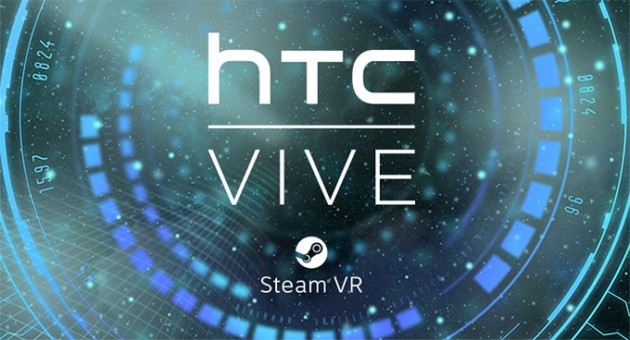 Judging from Valve's past work style, providing software support and open standards to promote the development of corresponding hardware by major manufacturers is Valve's standard strategy.

This also means that Valve and HTC's goals actually have internal differences. HTC certainly hopes that this Lighthouse positioning system and the entire SteamVR are HTC exclusive technology, but Valve obviously does not think so. As an application delivery platform provider, the more manufacturers and consumers use SteamVR, the better it is for Valve. On SteamVR, there is no reason to believe that Valve will continue to allow HTC to monopolize technology .

| Valve open Lighthouse base station technology have any effect on the industry?

In the short term, it is a good thing for HTC .

Currently Valve does not open Lighthouse base stations. The base station is still HTC exclusive production, which is a promotion for the Vive accessories market. Of course, I believe that the cheap copycat version of Lighthouse's base stations will soon appear (or have already appeared?). Of course, HTC has a full two-year first-mover advantage in VR development, and it will not be completely overtaken by half past one. However, this can be seen as the beginning of the release of the relationship between Valve and HTC.

Technically, Lighthouse's technology opening may not have much impact. After all, this is just a business decision.

We will see more VR headsets and various VR accessories using Lighthouse technology in the future; however, the current VR flaws in interaction will not improve with the opening of Lighthouse: First, computing power is far from enough. The second is that there is no mature interaction mechanism.

The real strategic height behind the opening of the Lighthouse technology is SteamVR. If successful, Valve will follow Steamâ€™s monopoly on PC game distribution platforms and continue to maintain its dominance in the VR industry.

This is why Valve has also maintained its support for Oculus Rift in SteamVR.

Oculus's own distribution platform currently has a large gap in terms of experience compared to Steam's mature platform. As long as players buy Oculus Rift and continue to purchase games on Steam, Oculus Rift game developers continue to release games on Steam. Valve is in a win-win situation - but all that is necessary is that Valve must get the ticket for this contest, and HTC Vive took on this task. If Valve doesn't have a dedicated hardware to endorse SteamVR, then Oculus can close the software distribution platform and leave Steam no chance. At present, the purpose of Valve has been reached: Lighthouse's opening does not mean that any manufacturer can build a similar set of positioning technology, but to access the product to the Lighthouse and SteamVR system. Before a lot of domestic head manufacturers have announced that they are compatible with SteamVR, and such a decision, it will be a large number of VR hardware vendors to support SteamVR, which is Valve's desired situation: as a system and content distribution platform, support A prosperous hardware ecosystem. Valve's SteamVR has looted Google Android's momentum in the smartphone industry in this VR competition. At this level, HTC has completed his historical mission for Valve, which is similar to the case when HTC supports Android to launch G-series smartphones.

Looking back at the history of the smartphone industry, the competitive landscape between Apple and Google is very similar to that of Oculus and Valve. Oculus insists on doing its own platform, and Valve wants everyone's platform. Who will win in the end? I tend to think of it as Valve.