In order to create a more convenient life, wearable devices and smart phones equipped with wireless charging, positioning systems and sensor technology are on the rise. More and more terminal manufacturers are introducing these three functions into their own products, which has prompted major component manufacturers to launch relevant high-integration solutions in response to market demand.

Wireless charging has infiltrated different application areas. In the case of wearable products, this year will be the first to introduce wireless charging for applications such as smart watches, smart bracelets and smart glasses. Among them, magnetic induction (MI) and magnetic resonance (MR) are two major types of technologies for wireless charging, each with different technical characteristics and advantages; however, the development prospects of MR technology are highly promising. 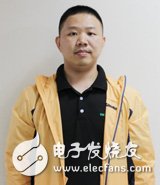 Figure 1 Gao Dongliang, SEC technical manager of ON Semiconductor, said that MR has more technical advantages than MI and will become the mainstream technology in the wireless charging market in the future.

Gao Dongliang (Figure 1), SEC technical manager at ON Semiconductor, said that in the future, MR will be a technology that can be widely used in the vast market. MR is a magnetic resonance method that uses high-frequency magnetic resonance energy transmission technology, so it can lengthen the distance between the power receiver (PRU) and the power transmission unit (PTU). Conduction technology, the distance between the two coils in the device should be as close as possible to improve the magnetic energy conversion efficiency.

Gao Dongliang pointed out that MR technology has several advantages. Firstly, MR can be used to hide PTU perfectly under the table or in different life applications. This technology only needs to be embedded on the surface of the PTU application, and the charging position can be started. Power supply, on the one hand, can eliminate the problem of loss, and the second aspect can bring more convenience and beauty to the living environment.

In addition, Gao Dongliang said that MR is a bridge between PRU and PTU through Bluetooth Low Energy (BLE). Through BLE communication, it can distinguish different carriers such as mobile phones, tablets and wearable devices. Power demand, the right medicine to distribute power, to avoid excessive charging wattage, resulting in equipment burning problems, improve high-efficiency charging applications; based on BLE communication, MR can support power transmission of up to 1.5 different devices at the same time, To meet the needs of consumers to simultaneously transport different vehicles, more consumer acceptance.

Overall, the wireless charging MI technology has been developed for ten years, but it has been unable to be solved. The main reason lies in the numerous limitations of the technology, including the one-to-one transmission of power, the overheating of the charging process, and the inability to avoid metal components. Challenges caused by interference. In contrast, MR overcomes the problem extended by MI. MR products can have a relatively large air gap (Air Gap) space. The charged device can be charged without worrying about the position or angle of the item. Bluetooth technology support will result in higher costs.

In this regard, Gao Dongliang revealed that at this stage, MR wireless charging technology is introduced into the device end, usually using two Bluetooth chips, one of which is mainly for voice transmission and data transmission, and the other is dedicated to MR communication. However, the Bluetooth SIG has incorporated A4WP charging profiles into the BLE chip standard. In the future, only one BLE chip supporting the A4WP protocol will be required to implement the MR wireless charging transmission function, and the cost is also Can be lowered.

It is worth mentioning that Gao Dongliang emphasized that the upstream, middle and downstream manufacturers of the wireless charging industry are actively deploying wireless charging fields, including semiconductor factories, component factories and device system vendors, which will promote the solution. The industry is more mature.

Wearable devices apply a hundred flowers. According to Gartner's analysis, shipments of wearable electronic devices will reach 275 million units in 2016, with an average revenue of $28.7 billion, of which up to $11.5 billion comes from the contribution of smart watches. 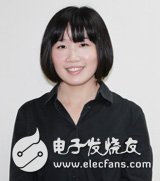 U-blox business development manager Liao Rongzhen (Figure 2) said that the wearable market is growing rapidly, the current growth is mainly from smart watches and smart bracelets; in addition, including sports and fitness equipment, head-mounted and smart clothing ( Smart Garment) is a popular and potential application market.

Liao Rongzhen believes that whether the wearable device is designed or purchased, it must be the starting point for consideration of people or pets. For example, influenced by two children's safety-related films released in 2015, the Chinese market is concerned about children's safety issues, and the children's positioning watch market is booming, creating nearly 100 billion yuan in sales.

Overall, the wearable products are "100", but all have basic common features. Liao Rongzhen pointed out that from a technical point of view, functions such as sensing, positioning system, short-distance/long-distance connection and miniaturization device are essential elements for designing wearable devices, if the performance of positioning and sensing components can be enhanced. To maximize product value.

The wearable device is a compact and portable device that supports everyday life, and provides instant service through a combination of wireless communication connection and positioning functions. Low-power technology in wearable devices extends battery life, while superior radio capabilities deliver a great user experience. This type of market that requires highly integrated technology products is growing rapidly, so prices will soon become more competitive. In terms of positioning modules, Liao Rongzhen pointed out that the biggest challenge for satellite positioning modules used in wearable devices is how to reduce power consumption and improve power management capabilities to achieve power saving requirements, while improving positioning accuracy and designing lightweight In other words, the product must be both efficient and accurate, and the correct data must be provided in the process of calculating distance and velocity.

According to Liao Rongzhen, the main market of satellite positioning modules from 2017 to 2018 will be locked in applications such as Smart/Basic Sports & Fitness, Activision Cameras and People Tracking, but this is limited by this. Types of wearable devices require high integration, so the evolution and growth momentum of the technology is slow.

At this stage, the company has partnered with Korean software developer KIWI PLUS to develop a new children's smart watch. The watch is based on the Android system and is equipped with a simple LCD screen design that allows you to talk with just a touch, and provides instant and Accurate position tracking and simple safety range settings.

Previous: Analysis of the development trend of outdoor LED market

Next: In-depth interpretation: How does Valve's open-base station technology affect the industry?