The reflected sound has little effect on the sense of direction of the sound. Physiological acoustic studies have shown that as long as the time difference between the near-resonant sound and the direct sound is less than 50 ms, even if its intensity is many times larger than the direct sound, the direction of the sound is still direct, which is discovered by the German scholar Haas Hass. Therefore, it is called the Haas effect. However, the reflected sound has an important influence on the size of the sound around the auditory judgment. Whether it is the recent near-reverberation or the late reverberation, the reflected sound always reaches the audience from different directions. Although people's hearing can't determine these directions separately, they can get a general impression, so that the audience has the feeling of being surrounded by sound. This is the spatial sense of sound. 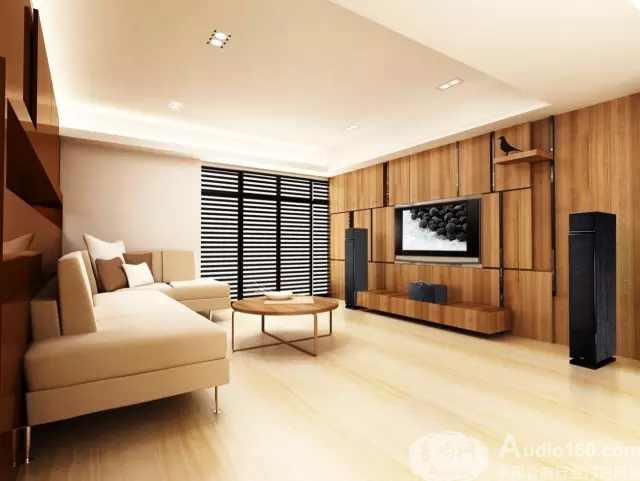 According to the above physiological characteristics of the human ear. We can artificially make the sounds reaching the ears have a certain difference of H, phase difference and intensity difference, so that people can form a corresponding sound source illusion in a certain direction. This subjectively perceived sound source illusion is usually It is called a sound image. The effect of modern stereo playback is thus invented. For example, two-channel stereo is based on the difference between the left and right channels to simulate the sound image orientation. The multi-channel surround sound system simulates the orientation of the sound image based on the difference in sound reproduction. And surrounded by feelings. Practice has proved that when the acoustic state produced by the human ear is exactly the same as that of the actual sound source at both ears, the sound image perceived by the human being will be as real and natural as the actual sound source.

The sounds of nature are full of three-dimensionality. In order to truly reflect the characteristics of the original sound field, it is necessary to perfectly reproduce the three-dimensionality of the sound. This is the main reason why modern audio systems use stereo systems. Compared to mono, stereo has four important features:

(1) The sound image has a sense of distribution. In stereo playback, the sound is no longer emitted from a ten-point "point" like a mono, but distributed over a wide range.

(2) High definition. Stereo makes people feel that the sound sources come from different directions, so it sounds like the masking effect between the sound sources is weaker than the mono, which improves the sharpness.

(3) The balance of the voice is good. Due to the distribution characteristics of the stereo reproduction sound image, when the stereo program is produced, it is easier to handle the volume balance of each sound part than the mono sound, and the effect is better, so that the solo, solo, lead vocal, and the like need to be highlighted, and Keep the entire ten program in a more natural balance.

Previous: Take a look at China's ten largest robot research institutes. Which one is the strongest in your eyes?